So many flavours of ilish

The waters of Bengal are not the hilsa’s only abode. We explore how connoisseurs in Telangana and Assam have their own, traditional take on this fish, which has a loyal following

Hilsa or ilish is an expensive seasonal fish. When it is in season (September to October), hilsa lovers tend to loosen their purse strings at least once. Starting at ₹1,200 a kilogram, the variety, depending on where it is sourced from, can go up to ₹3,000 to ₹4,000. The price, however, is not a concern for those who love this fish: to them, after all, it is a yearly, special occassion splurge.

Full of bones and with a distinctive sweetish flavour, the fish is tricky to eat, which contributes to its allure. In Telugu land, hilsa is called pulasa and served in a delicious pulusu (tangy curry). Pulasa from the Godavari belt in Andhra Pradesh is relished by Telugu fish lovers. The very mention of the fish on the menu, can draw diners, lining up to savour a piece or two.

Coronavirus vaccine: Can Pfizer vaccine cause anaphylactoid reaction? Find out what it means

We’ve found 5 beauty secrets of Mouni Roy and you have to know them!

Hyderabad-based restaurateur Kuchipudi Venkat says, given the opportunity, he drives from Telangana to Dowleswaram barrage at Rajahmundry, Andhra Pradesh for the best catch.

“This is the oldest barrage and the catchment area for pulasa. The price is decided through an auction; it usually starts at ₹1,000 and can go up to ₹4,000. The fish from this area is the sweetest. The next thing to do is simmer it in tangy pulusu made of tamarind paste,” he says. 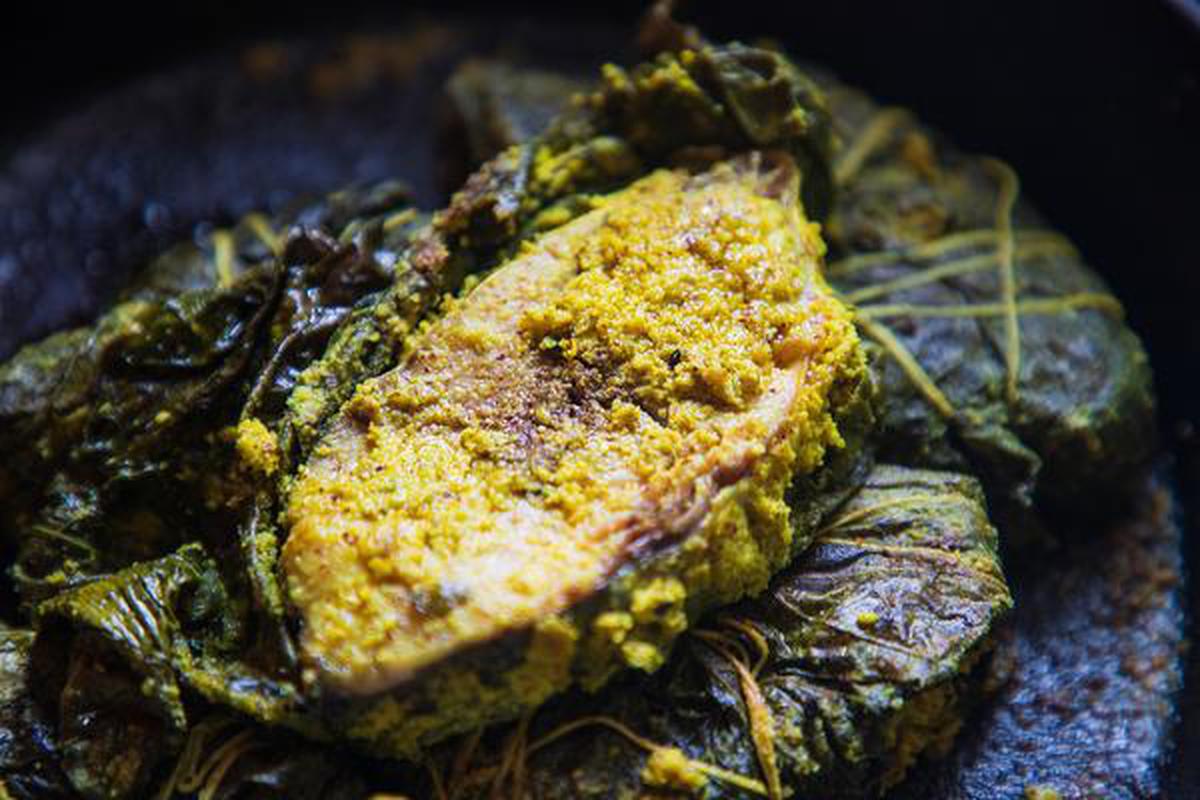 Sampath Srinivas Tummala, who owns Spicy Venue in Hyderabad and Vizag, quotes a popular saying in Telugu: “Pustelu ammukunaina, pulasa tinnali (One just has to eat pulasa even if it is at the cost of selling the mangalsutra). The fish is slow-cooked for several hours so that the bone melts in your mouth; nothing is wasted.”

Discussing hilsa without mentioning hilsa with sorshe bata (mustard paste) or bhappa hilsa is akin to a food crime.

With many people spending more time at home this year, because of COVID19, traditional dishes are making a comeback.

Kolkata-based recipe developer Sayantani Mahapatra Mudi says, “Since our roots lie in coastal Bengal — Midnapore district, to be precise — we prepare a lot of dishes with a souring agent. So every time baba (father) bought ilish, it had to be cooked two ways. Sorshe ilish and ilish macher tawk with aged tamarind paste, pumpkin and ladies finger. Unlike other homes where only the head or tail of the fish is cooked that way, ours was cooked with the best gada (back) and peti (stomach) pieces. It’s a slow-cooked dish full of aroma.”

She adds, “Maa also made Medinipuri amda ilish, another sour curry, made with hog plums that are seasonal with the ilish. I loved maa’s doi ilish (ilish with curd), that smooth velvety gravy was her speciality. And the head always ended up in kochur saag (taro stems) with some black chickpeas and fresh coconut.”

Sayantani also recollects Ilish Hara Gouri, where the whole fish is cooked, one side in a tamarind gravy and the other side in mustard gravy; so it has two different tastes. “Later, maa learnt to make a spicy and sour curry from my aunt whose roots are in Bangladesh. That curry used hog plum, cumin and mustard,” she says.

For the Assamese, ilish season is one of celebration; but for a change, this is one fish that is not put in the masor tenga jul (fish sour curry). Incorporating mustard paste is common practice in the region, but some homes love to make ilish curry with raw banana and generous amounts of freshly pounded pepper.

Guwahati-based food blogger Sanjukta Dutta says, “We call the raw banana ilish curry kaskolor jul. Also, the roe of the ilish is a delicacy and is best eaten fried with a little salt.”

Bringing something completely different to the table is Chandrima Sarkar. Active on social media as Notoutofthebox, Chandrima loves traditional ilish dishes, especially the leaf -wrapped preparations from her childhood.

Although she takes great pride in her ilish pulao, Chandrima says, “While marinated and steamed ilish in banana leaf is well-known, at home, marinated ilish was wrapped in pumpkin and colocasia leaves as well. The steamed leaves were to be eaten with the rice; a flavour to savour.”

Chandrima is not alone in giving the ilish dish a twist. Sayantani says, “Once I started cooking and experimenting, people loved daab ilish (hilsa cooked inside a tender coconut with the coconut flesh).”

Irrespective of these variations, one factor remains constant: “The oil in which ilish is fried is special. Most people love rice mixed with this oil, with a green chilli to go on the side,” says Kolkata-based Debjani Ghatak.

Sayantani’s suggestions: “A good ilish for me is the one with roe in it. The taste is somehow not as good without roe. So I always check the belly. If it is bulged and soft, I buy it. “

Size matters when buying hilsa. The bigger, the better, she adds. “The natural oils of hilsa fish need to mature for some time after it is cooked; it tastes even better when it is a day old.”

Jung Ho-seok aka J-Hope, one of the rappers from boyband BTS and main dancer, has dropped the full version...

From being a football fanatic to training Aamir Khan: Here are some lesser-known facts about Tiger Shroff

Bharat Petroleum Gains After Board Approves Sale Of Numaligarh Refinery